With the New York Fashion Week fast approaching, a small group of models, designers, buyers, and editors as well as people with a fashion blog, will be going to New York City. Along with the great romp of models down the runway, come the assumptions about the fashion world that have been happening since the emergence of supermodels. Let us debunk some of the famous myths about the modelling industry.

Models earn a lot of money

Between the Forbes’ annual list of the world’s highest paid models and the amount of money spent by most designers during events like the New York Fashion Week, it would seem that all models are earning cash like they are Robert Downey Jr (Mark Jacobs show in 2011 was estimated to cost at least a million dollars).

One of the most popular models, Linda Evangelista said that she is not going to wake up for less than $10,000 per day. Maybe she can say this because millions of dollar contracts marked her career. But not all models are Linda Evangelista.

Most models in the United States, according to 2012 data, are earning more or less $18,000 a year, and fashion events like the New York Fashion Week don’t contribute to the balance that much. Thousands of unknown models fly to fashion capitals of the world like New York, Paris, or Tokyo hoping to find work or book a spot in runway shows that pays $250 to $1,000.

The salary depends on the show and how popular the models are. The pay is unlikely to cover the cost the models spend on accommodation and travel. Most Fashion Week hopefuls won’t have a spot in these shows or walk in the runway at all, some of them will end up going bankrupt even if they get a job in several events.

Complicating the problem, some fashion designers compensate their models in accessories or clothes instead of paying them in cash. What makes it worse, the models might receive clothes from designers that are either damaged or several years old. But despite these, the exposure to fashion events can be invaluable.

International editors for publications like Vogue, Elle, or Cosmopolitan sit in front rows and might discover models that have the potential to go big time. These models can get a job for a campaign after walking on the runway. These shows can be a stepping stone for models to have a better career, but not a savings account.

To see who among the models makes the most money from the New York Fashion Week, click here.

Models are often compared to human clothes hangers; It means that they are just like a mode of transportation for the clothes. Even famous model Twiggy used this phrase to dismiss her career, saying that “You can’t be a human coat hanger for the rest of your life.”

But as long as the modelling industry is lucrative and models are willing to work, there will always bemuses. The models were the main reason why painter picked up a brush, or designers started to pick up a pencil, paper, and a sewing kit. Just like in Hollywood, not all actress is like Meryl Streep or Robert Downey Jr.

Not all actors and actresses earn millions every film. Same with models, not all are like Naomi Campbell, Linda Evangelista, or Adriana Lima. Some are just the visual representation of the story the designers are planning to tell. For the past decades, models like Karlie Kloss or Carmen Dell’Orefice have helped solidify the fashion and modelling industry as an art form by working with top photographers and designers.

According to Mario Testino, one of the top photographers in the fashion world, working with models with both beauty and personality is the essential part of modelling, because the pictures, photographers are taking would be reduced to nothing if the models don’t have a strong character and beauty, both inside and out. It is true that there are models that are considered as “Clothes hangers,” just like there are singers that can’t hit the right note. But the best models always had the talent to make everyone feel something.

Years of media coverage of models fighting with other models. The televised drama between Naomi Campbell and Tyra Banks, The Heidi Klum and Elle McPherson rivalry, the feud between Jourdan Dunn and Chanel Iman, as well as the slamming of Kate Upton by Carol Alt.

There is no shortage of drama in the fashion world to make people think that the industry is overflowing with evil people with bad behavior. Truth to be told, there are successful models that temperamental and very difficult to deal with, and the industry is very competitive.

But most of the time, the models who stayed longer in this harsh and unrelenting business are thoughtful, humble, and hard working. Most, if not all models started working at a young age of 14 or 15, these teens go through “fashion boot camp,” living in houses with other hopeful models.

This sleepover-type atmosphere produces fights and disputes among the people inside the house, but everyone grows up eventually. Most models, collaborate on some of their projects outside the runway frequently, and they helped each other when there are problems whether it is job-related or not.

For example, when an agency like Modeling Grand Rapids request models for a particular campaign, the models are sometimes asked who they want to work with within the agency, to make sure that the project will go smoothly. Let’s be honest here, in a group of people; there will be someone who doesn’t like working with other people, that’s human nature.

The modelling world is no exception. Sometimes, it is better to ask the models themselves who they want or doesn’t want to work with, rather than hope that they will settle their differences sooner or later. Far from being catty, these models care for each other and the world around them. Despite the rivalries and the misunderstandings, they are still part of one big world.

You may also enjoy... 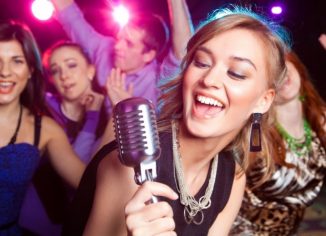 If you’re searching for any Singer for the approaching party, you will possibly not understand just the number of options […] 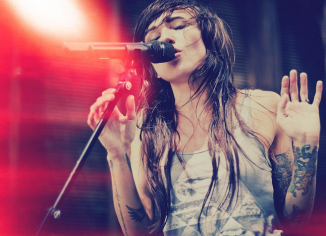 Lots of people desire to become great singers. This might are the church choir to some great band. Being a […]